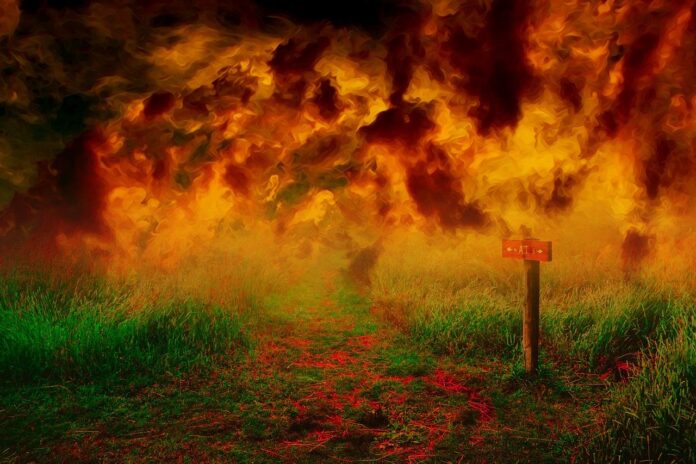 If you’ve heard much about California as of late, it’s likely about the recall election for governor that is about to occur. Democratic Governor Gavin Newsom has proved himself to be unfit to be leading the state.

So what is this last act of his that has led to his demise?

Well, as you well know, California suffers yearly from an incredibly dangerous “fire season,” given the state’s dry and arid climate that quickly saps it of any spring or summer precipitation. Naturally, this makes fire prevention a massive necessity in the Golden State.

Now, if you’re not from a state like California, where fire seasons are a yearly occurrence much like hurricane season in the Southeast, it’s essential to know that fire prevention is not simply Smoky the Bear telling you to put out your campfires or even mandating burn restrictions.

While those more public methods are certainly in play, fire prevention for the state also involves “treating” specific areas with things like controlled burns or fuel breaks, which eliminate the risk of fires stretching on for miles on end and causing imminent danger to communities. In fact, the state has its very own Forestry and Fire Protection Department tasked with doing just that.

As governor, it is Newsom’s job to make sure this department has the resources, funding, etc., that it needs to do all that it can to prevent wildfires, including pointing areas of great concern or that are especially vulnerable to fires.

In 2019, after a record-breaking fire season of 2018, Newsom ran his campaign for the governorship on the promise to improve the state’s fire prevention strategy, according to Fox News.

And yet, with 2020 now behind us, another record-breaking year for wildfires, it seems Newsom has done anything but what he said.

In a recent statement, Newsom predicted that this would be a bad year for fires in the state. And he’s not wrong. According to Cal Fire, 16,000 acres have already this year, and fire season has barely begun. Last year by this time, only 3,600 acres had burned.

Newsom has tried to blame this on the increase in climate change or global warming, claiming that the higher temperatures have created a “new reality” in the state.

Over 2 million acres have burned this year — SO FAR. We haven’t even hit “peak” fire season.

We do not have time to deny the reality of climate change. pic.twitter.com/kPb11yXprh

According to a statement in 2019 obtained by Fox, he encouraged the residents of California to “step up and step in for our communities as we confront new and growing threats.” And in 2020, his message was much the same, saying that “climate change has profoundly impacted the reality that we’re experiencing.”

You’d think this would make Newsom want to “step up” as well when it comes to fire prevention. However, as a recent investigation by CapRadio and NPR’s California Newsroom just found out, Newsom has actually lied about the little fire prevention that he has done and cut funding to the rest.

According to a claim made by Newsom earlier in the year, California’s Department of Forestry and Fire Protection, affectionately known as Cal Fire, has treated some 90,000 acres so far this year, making them less vulnerable to wildfires. In reality, that number is only around 11,399 acres, based on data from the state.

To be clear, that’s an exaggeration of 690 percent.

But that’s far from the end of Newsom’s failures.

No wonder 2020 broke all previous wildfire records, burning some 4.3 million acres to the ground. It is noted that this is twice the number of acres burned in 2018, the last record-holding year.

And, as I mentioned before, this year is expected to be much worse, thanks in large part to Newsom’s complete ignorance of the problem at hand or how to handle it. As Meteorologist Dre Tuma from KABC-TV says, 40 percent of the state is already in what is called an “exceptional drought” stage, which is the worst possible category.

As former San Diego Mayor Kevin Faulconer says, “Fire season is fast approaching, and Gavin Newsom has left us woefully unprepared for the dangers to come.”

Yep, I’d say if you can’t even handle fire prevention in a state known all too well for its wildfires, you have no business in leadership. And apparently, the rest of the state agrees.