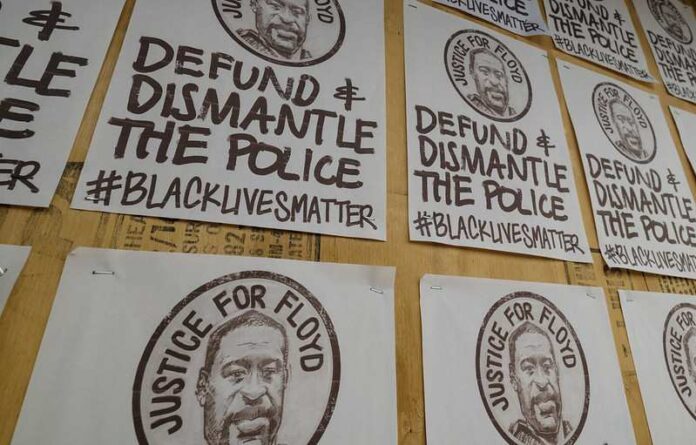 The Democratic Party seeks to destroy law enforcement agencies all around the country. Their demands to defund the police echoed through major liberal-controlled cities. And when the liberal city councils lacked the backbone to deny such requests, crime rates would rise to unfounded heights. People would cry for the funding of the police just so the criminals stop hurting the citizenry.

The defund the police movement has lost its popularity. People are demanding that the police be funded more, so there are officers available to keep the criminals from overrunning communities. The progressive liberals want the police dissolved, so there is no one to enforce the laws, allowing them to get away with terrible behavior.

But now that the movement is unpopular, the media is not pushing the issue, and the Democrats have put the matter at the bottom of their list. They will not push something that will not make them look like stars to their fan base.

Cedric Richmond is a senior advisor to the old president. He is the spokesman for the evil administration. He believes that the Republicans are to blame for the defunding of the police mess. They cannot accept responsibility for the increase in crime and the idea of defunding the police.

His statement is an attempt to pass off the mess that they created. Richmond was questioned about the cause for the rise in crime, and all he could do is blame the conservatives.

His statement has no support with facts. All of the areas that have experienced high crime rates are in Democratic-controlled cities. The city councils that it would be a good idea to listen to progressive ideas from violent crowds, and they paid the price. But they will never admit that their ignorant decisions were the real reason why crime went up. They would rather blame the Republicans and try to make them look like the offenders.

Richmond took to national television and tried to get the attention of the people responsible for the decision to fire the police. The idea that a lack of law enforcement would be suitable for humanity is beyond reason.

Richmond lied when he stated that “Part of it is the plethora of guns that are flooding the streets of this country, and that’s something that the president wants to deal with. He knows the toll that violence takes on families, and especially gun violence and what it’s doing over the last 18 months in this country.”

The insane mand thinks that removing guns will be how peace will come. His idea is just another attempt by the liberals to take away the significant freedom that Americans enjoy. The liberals cannot stand the right that people have to own guns. They need to remove that right to gain total control over the American people.

Richmond tried to pass off that the Democratic Party tried to fund the policy in the emergency relief bill that they tried to cram through Congress. He is not telling people that the bill was packed full of socialist demands, which the Republicans will never support.

Richmond stated that “Republicans are very good at staying on talking points of who says defund the police, but the truth is, they defunded the police. We funded crime intervention and a whole bunch of other things.”

The truth is that the Democrats want to fund other ideas of dealing with violent criminals. They want to send in counselors to try and talk the violent person out of committing the crime. But they fail to understand that these people will never listen.

The Democrats pushed the idea of defunding the police to get attention off of their true intent of taking over the country. They got their protestor terrorists through the streets into chaos, and the media blame the police for the violence.

Kevin McCarthy pointed out that the Democrats pushed the idea so hard they have fused themselves to the movement, and now they want to tear themselves from it. But they will never be able to rid themselves of the stigma of police haters.