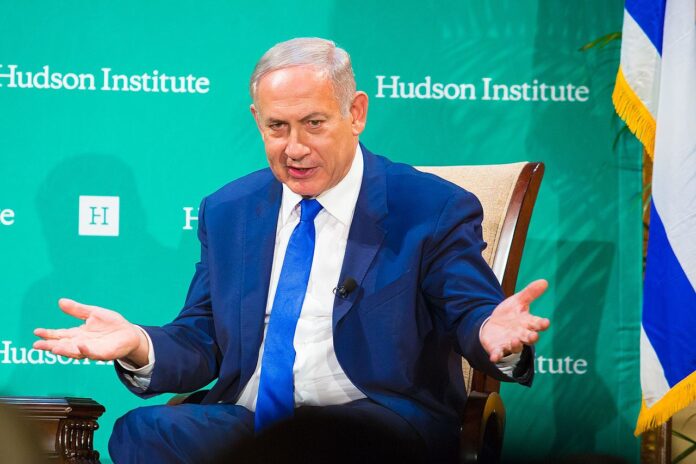 Israel’s Prime Minister Benjamin Netanyahu is jumping headfirst into the barrel of extremism. As he and his Likud party struggle to maintain control of an already fractured government, they’re resorting to measures at one time considered unthinkable.

Just in time for next month’s election, the Likud party has entered into an agreement with the extremely far-right Religious Zionists to share surplus votes. This group is inclusive of the anti-LGBT Noam factions, and the violently radicalized Kahaist Otzma Yehudit.

Though the move has been made blatantly apparent, it’s only the first two-feet of the six-foot grave they’re digging. The move places Netanyahu closer to the inner-circle of bad guys such as Itamar Ben Gvir.

Gvir was taught the trade by one of the best, Rabbi Meir Kahane, a well-known thank-God-departed extremist who was great at blowing things up. His strongly fortified Otzma Yehudit party recently teamed up with the Religious Zionism party.

Gvir’s band of groupies supports the notion that all non-Jews residing in Israel should be forced to seek suitable accommodations in a different country. They further believe in sending every Palestinian and Arab/Israeli packing if they won’t swear an oath of allegiance to Israel. Even in doing so, they would also need to agree to give up some of their rights as legal citizens.

As things now stand, the Otzma Yehudit party is on track to secure 4-5 seats when voters hit the polls for the Mar 23 election, so politically, Netanyahu figured he better start aligning with them or he might risk losing his job.

These vote-sharing agreements are a fairly common thing in Israel, which still doesn’t add up to making any sense. If a particular group or party is vying for a seat but they don’t receive enough votes to qualify for the final general election, they can give what they did receive, away. “Since we won’t be needing these anymore…”

Since wastefulness is frowned upon by the Israeli Jewish community, a party that fails to qualify can transfer their votes to whichever party they closest align with that’s still in the race. This is done totally at the party’s own discretion, and generally via an agreement, however right or wrong.

Once all of the dibs have been called, under Israeli law, the remaining leftover votes are given to whichever party is the closest to securing a seat, or another seat, but can’t quite get there. These surplus votes have been known to determine the winner in very close races.

Here’s where things get touchy and give a clear indication of which direction the Likud party is heading. The agreement further states that whether it’s the Likud party or Religious Zionism that needs help, they’ll stand together to assure one another’s success in March so they both get what they want.

Was the pressure too great for Netanyahu? Bezalel Smotrich, Religious Zionism’s head honcho, said he and his party “insisted that Netanyahu commit to forming a right-wing government whose basic guidelines will include safeguarding the Land of Israel, strengthening the state’s Jewish identity, strengthening the capacity to govern and advancing the economy and Israeli society’s welfare.” Well. Since you put it that way…

Smotrich further commented, “As we said all the while, alongside the treatment of the coronavirus crisis and the economy, we won’t enable the formation of a center-left government that will set aside the values of religious Zionism and the right for the coming years. We have an ideology and we will do everything to form a right-wing government.”

Yair Lapid who leads Israel’s Yesh Atid party immediately accused Netanyahu on Twitter of entering into a deal with a guy who supports terrorism. He claimed that the PM is doing everything within his power to give Gvir an open door into the government.

Netanyahu is racing down the far-right track of extremism while promoting potential terrorist activity, and whether it’s due to pressure or his own preference, it’s a dangerous one to be running down.

Especially now with a guy sitting in the Oval Office who’s already miffed at him for developing such a good relationship with his predecessor, Donald Trump.