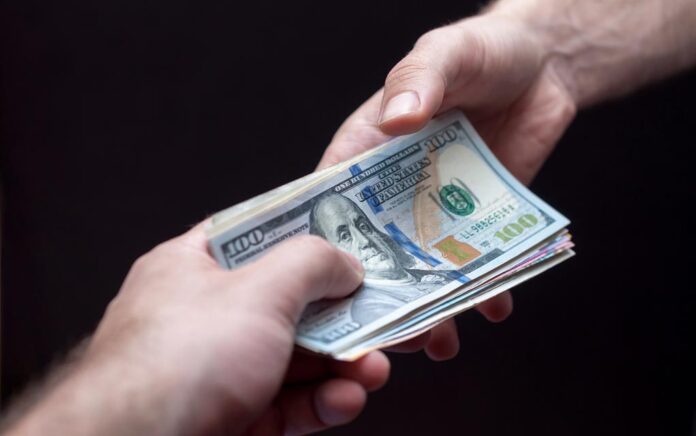 The Biden crime syndicate is looking to cash in on the presidency in any way possible. This mafia family will strong-arm anyone they have to and no one can risk getting in their way. Hunter Biden has already locked in a $2 million book deal. He’s going to tell his whole sordid tale, as a means of providing “inspiration” to others.

The only inspiration that is taking place here has to do with the relentless grifting that this family participates in. They make the White House look like a golden goose, don’t they? It’s enough to make anyone want to become president. Who wouldn’t love to offer all of their family members a free ride?

In addition to the looting that his son and brother have done, his son in law has now decided to get in on the act. He will be a chief officer at a company that is tasked with assisting America during the government’s response to COVID-19. It’s a pretty cushy gig, as readers would expect. Having friends in high places has its benefits.

“When the boutique tech firm Yosi Health developed software aimed at streamlining the nation’s coronavirus vaccine effort, CEO Hari Prasad sought help from one of its earliest investors — a company with a special government connection. The investor was StartUp Health, and that special connection came through its chief medical officer, Howard Krein, who is married to President Joe Biden’s daughter.

That detail was not lost on Yosi’s Prasad, who reached out to StartUp Health in December with a request to introduce their platform to government health officials. “Our goal with StartUp Health is to leverage their relationships and work with state and federal agencies,” he explained in an interview with ABC News.

During the 2020 presidential campaign, attention on the Biden family-focused largely on his son, Hunter Biden. But experts say it is the president’s son-in-law who could present fresh ethical challenges for the new administration,” ABC News reports.

These ethical challenges have been discussed over and over again but there is still nothing being done. The mainstream media seems content to point out the issues, though. That’s about all of the help that they can muster here. The New York Post seems a bit more worried than ABC News, so perhaps someone will be willing to take the Biden family to task. Let’s take a closer look at what they had to say on the matter.

“Howard Krein is playing with fire,” Meredith McGehee, executive director of Issue One, a nonpartisan ethics watchdog group​, told ABC News​. “If he gets too close to that flame — if he is trying to either cash in on his relationship with the president, or he is trying to influence policy — the flame is going to get him. And it is not worth it to him or to Biden.”

In an interview earlier this month, the president vowed that family members will not be involved in foreign policy or government ​matters.

“We’re going to run this like the Obama-Biden administration. No one in our family and extended family is going to be involved in any government undertaking or foreign policy. And nobody has an office in this place,” Biden said in the interview.

The Democrats have decided that they are going to continue to pursue the anti-Donald Trump narratives. They want everyone to think that his family was always on the take and that the Bidens are squeaky clean. Nothing could be further from the truth and we are tired of seeing the constant smear campaigns.

Until the Democrats are ready to make the right decisions when it comes to the blatant cheating that takes place in their party, they need to be quiet about everyone else. This is the sort of hypocrisy that causes people not to take Democrat concerns seriously. Until they are willing to point the finger at Biden like they did Trump, these conversations are not going to go anywhere.