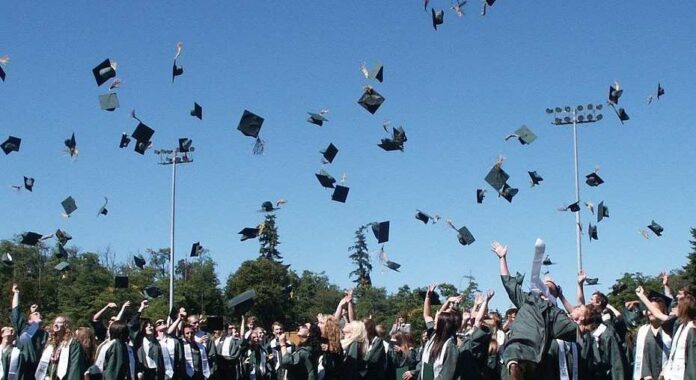 Students attending liberal-run universities are the biggest babies ever to seek higher education. Those that have bought into the Democratic mindset that the world somehow owes them something are spoiled to the core. Most of them would like to have their diploma handed to them without ever doing the work. And now that they have found an excuse, they might get their wish.

At the Goldsmith’s University of London, students are told that it is just fine that they have not turned in their assignments. They get to party all night and lay around all day. The liberal lazy bug has bitten, and the ones that are going to cry “racial trauma” will be the ones that will not have to turn things in on time.

Students who attend the little public college are told to apply for assignment extension if they have been through any stress related to racial profiling or abuse. And the part that makes no sense is that the school went along with the idea because the student union proposed it.

The students that are behind in school got the union to complain about their work not being done. And of course, the school does not want to hurt their feelings and make them cry, giving everyone extra time because someone looked at another student wrong.

The word trauma is used to refer to medical matters that were near-death experiences. But the liberals have taken the word and changed its meaning to refer to anything that makes a young person feel sad or offended. And when the word is left open to private interpretation, it can be abused and used for just about any purpose.

The Uni has agreed to our Sabbs’ proposal to include ‘racial trauma’ as a reason to defer essays for Black & PoC students through self-certification, not an evidence based approach. This is great news and a step in the right direction. Well done to those involved in discussions! pic.twitter.com/rGvvfGJX7R

The students complaining about their schoolwork revealed that they did not do their assignments because they felt it was geared for “white” people. So now classroom work has become racist because lazy students did not want to do their homework.

These messed up students claim that “[W]hite students are able to enter higher education with a higher degree of representation from staffing to curriculum, spanning as wide as the Students’ Union. Where scarcely half of BME respondents believed that Goldsmiths Students’ Union prioritizes race equality and the needs of BME students.”

The problem is that some students feel that they are suffering because there are not enough people of color representing them and encouraging them to keep going. It is not enough that a white person encourages them as much as a person of color. They are essentially racist against white teachers that want to help them succeed as much as a colored teacher would.

They went on to claim that “The lack of relatable role models in a variety of roles within the institution can have a detrimental effect on the BME student experience, in which they are not able to relate with people in positions of authority and seniority.”

One student even went so far as to accuse teachers of sexual harassment. If that were the case, she should have pressed charges and had the teacher fired. Instead, she would cry racial abuse so that she can get her assignment deadline extended.

The report put out by the school went on to define the term microaggressions as the “brief and commonplace daily verbal, behavioral, or environmental indignities, whether international or unintentional, that communicate hostile, derogatory, or negative racial slights and insults toward people of color.”

The school targets white people as being racist when in the vast majority of student interactions, everything is as fair as possible for every student. The difference between the students that finished their work and those that did not finish is effort. Every person had the same time frame and helped to finish their work.

The Democratic teachers are turning the next generation into a bunch of babies. They have led many of them to believe that white people are the cause of all their trouble. So, they favor them and treat white people like trash. But the Democrats are supposed to be that group that does not engage in racial profiling, which is something they do all the time.