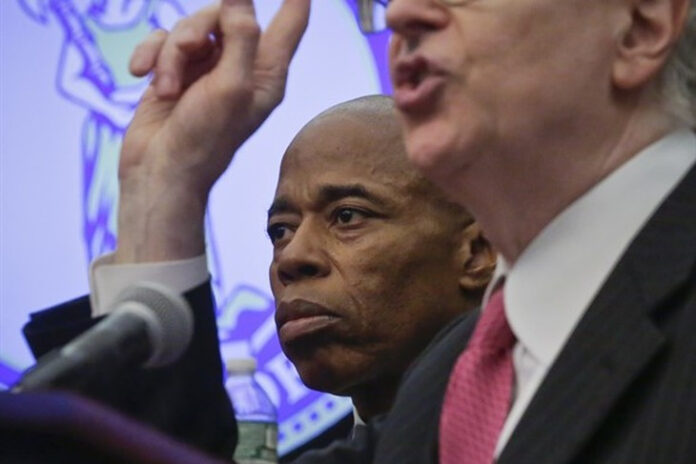 A few short days ago, Eric Adams’ lead in the Democratic primary looked to be insurmountable. He was so confident that he was going to win, he started calling himself “the face of the new Democratic party”. As it turns out, Adams was allowing himself to become a bit overconfident.

If he winds up losing the election, how can he still claim that he is going to be the face of the party? Adams is not nearly as close to victory as he might think that is. In fact, former de Blasio sanitation commissioner Kathryn Garcia is hot on his tail. She’s just a few points behind and there still a wide range of absentee ballots that need to be counted.

Garcia could have a significant lead on Adams on these ballots and there is good reason to believe that this is the case. However, it is quite unusual for someone with a lead like Adams’ not to win if they have established a margin this wide during the first round of counting. Garcia has an ace up her sleeve, though.

Yang formed an alliance with Garcia, wherein he asked any potential voters of his to make her their second choice. This decision could end up paying off handsomely for her over the long haul. For example, she has already become the favorite in betting markets and professional election analysts are also predicting victory.

It shouldn’t matter which side of the aisle you’re on — if you believe in our Democracy and in the peaceful transition of power, then you have an obligation to speak out against Donald Trump’s dangerous, unsubstantiated claims of voter fraud. https://t.co/O0DPdTv8Uo

“It shouldn’t matter which side of the aisle you’re on — if you believe in our Democracy and in the peaceful transition of power, then you have an obligation to speak out against Donald Trump’s dangerous, unsubstantiated claims of voter fraud,” Adams tweeted last year. Now, he is making wild claims about the integrity of the election, which we thought was a major no-no!

When Trump had his concerns, they were brushed aside and people were told that they needed to leave it alone. These legitimate concerns were never given the time of day by any liberal thinkers. If Trump really wanted to troll the Democrats (and we think he does), we could see him releasing a statement standing in solidarity with Adams. He can use this to poke at the people who did not want to hear about his election-related concerns.

Things have gotten messy and we are sure that they are only going to get messier over the next few days. Garcia and Yang were already accused of racism by Adams because of their willingness to team up. Even the liberal media had a good laugh at this one. Adams can make this as ugly as he wants to but we would not be surprised if his gripes were legitimate.

His concerns may not be as outlandish as we originally thought. The Board of Elections is raising our suspicions. “We are aware there is a discrepancy in the unofficial RCV round by round elimination report. We are working with our RCV technical staff to identify where the discrepancy occurred. We ask the public, elected officials and candidates to have patience,” they tweeted.

Unfortunately, I don’t think Adams’ statement is as Trumpian as it seems at first blush. Something extremely odd happened with the 140k in-person votes not counted on election night — the leading candidates gained a normal amount of votes, while the lesser-known ones gained… https://t.co/kdFGuNap5C

If you are asking us, it would not be shocking to see New York City screw something like this up. The new system is complicated and the city has a history of inefficient vote counting. In our humble opinion, this is one of those things where you cannot attribute the issues to malice. Stupidity seems to be the more likely explanation at the moment but we shall see.

Adams is certainly waiting to hear more and we can understand where he is coming from. Once he saw the betting markets shift, this had to be a major wake up call. It’s an absolute mess at the moment but since we do not live in New York City ourselves? We are free to grab some popcorn and enjoy the show. Stop The Steal: Democrat Edition is now well under way and we cannot wait to see how the mainstream media handles it.