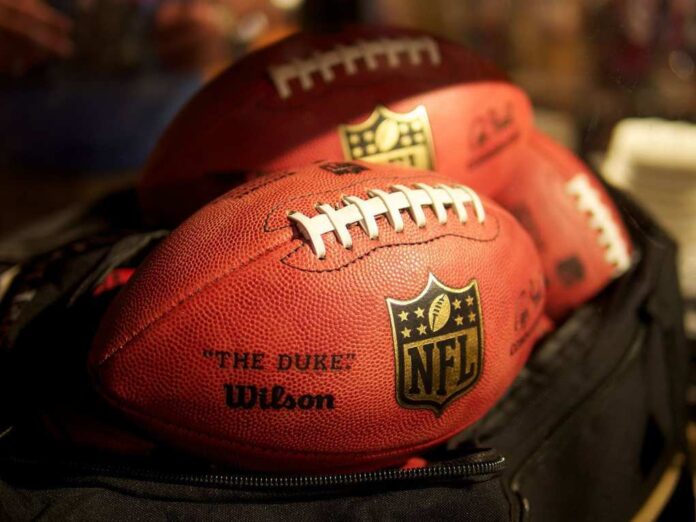 Professional sports have taken a tumble. They should have learned over the past several years that their fans just want to watch sports. They don’t want them to become political or social activists.

Sports is a way to escape from the outside world. It’s a chance to watch competitive players out on the field, throwing around a pigskin. No one wants to be disgusted to find out that their favorite player or team likes one political party or another – or that there is some other aspect of them that they don’t like. They just want to watch the sport and root for their favorite team.

It’s not a hard concept…and with the ratings droppings on professional sports, the NFL should know that it’s time to focus on the game.

Now, NFL has decided that football is gay.

When NFL says that football is gay, though, they mean it to be inclusive.

The video features a black screen that says “Football is” in white. A different adjective pops up every few seconds to finish the sentence. Some of the adjectives that are used include “Gay,” “Lesbian,” “Transgender,” “Queer,” and “American.”

This is not the kind of message that the NFL should be sending, predominantly because it’s not true.

Exactly how is the NFL any of these things, with the exception of American? And, how are people going to react when they are not American? Are they not allowed to watch football if they’re not American?

That’s not even where the biggest problem lies. The problem is with the players and with the sport itself. It’s all a giant lie.

If the NFL is trying to be inclusive, they have to actually be inclusive before they start claiming that they are any of these things. It’s only a matter of time before they face a lawsuit because a female wants to try out for a team and is told that it’s a boy’s only club. They’ll have this commercial thrown in their face to prove that the NFL says that football is lesbian and queer and transgender…

The NFL failed with this Pride Month video on so many levels.

Football may be an American sport, but it is far from any of the other adjectives that they used.

They want the sport to be all-inclusive. They want to say that anyone can watch it – that it’s a sport for everyone. It has been. It always will be.

Anyone has the ability to sit down on the couch or grab tickets at the stadium and watch an NFL game. The league didn’t actually have to spell it out to say that “football is gay.”

If anything, they have now alienated more people than ever. Not everyone wants to have Pride Month thrown in their faces. They want to watch a sport without having to pander to one particular group.

The NFL ad would have been better off saying that it is American and leaving it at that. By identifying that they are gay, they have chosen what side they are on. They have outed themselves as being a part of the LGBTQ+ community instead of being open to everyone.

They’ve chosen their audience – and when their ratings fall because of it, they can look back on their choice of adjectives and blame themselves.

Football is gay. Unfortunately for the NFL, their average fanbase is not. Congratulations. Football is dead.