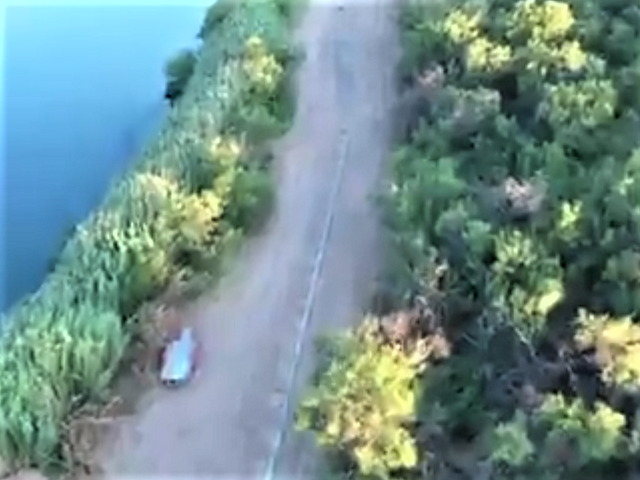 Abbott said the fencing is being built along private property with the permission of the landowners.

“Texas will keep communities across the state safe.” the governor wrote in his message.

Officials with the governor’s office told Breitbart Texas the construction is taking place in the Del Rio Sector. The first project will add about 1.2 miles of fencing in the unsecured area.

He said they are hearing from local residents and elected and law enforcement officials that they are seeing things they have never seen before.

“They’re seeing a lot of very bad dangerous people come across the border,” Abbott continued. “People that they are afraid of encountering, people who are causing damage to their fences, their livestock, their crops, their neighborhoods, and their homes.”

“Bad things are happening around here, and so they need help from the state to help them address this exploding crisis.”

The Texas governor pledged “mass arrests” of migrants who illegally cross the border and commit state crimes like the burglary and theft incident above.

The governor told Breitbart in June that the barriers serve two functions in the battle against illegal border crossings. The first being physical deterrence. The second, “If they [migrants] move or interfere with that barrier, they have committed several crimes.”

Those crimes include criminal mischief, vandalism of state property or local government property, and criminal trespass.

In addition, the recent declaration of a State of Emergency by the State of Texas causes the penalties for these crimes to increase by one level.

“That means up to 180 days in jail,” Abbott continued. “Something that may be a Class B misdemeanor right now, turned into a class A misdemeanor. And so they can get into a lot of trouble.”

“There’s even potential for state jail felonies for some of these crimes,” he explained. “So they can wind up in jail for a long time.”

An example of the other crimes by migrants being perpetrated on Texans living along the border occurred earlier this week in the Big Bend Sector when a group of three migrants broke into a rancher’s home and stole weapons, clothing, and other items, Breitbart Texas reported.

The burglary of the rancher’s home reportedly took place near Sierra Blanca in Hudspeth County, Texas, on June 29, according to information provided by Big Bend Sector Border Patrol officials.

“Through extensive training, our Border Patrol Agents are always prepared and ready to respond to various scenarios. Without hesitation, these agents responded to the ranch house and safely secured the location, the stolen weapons, and the undocumented non-citizens,” McGoffin said in a written statement. “With the presence of weapons in the wrong hands, this situation could have turned violent; fortunately, our agents were able to control the encounter and bring it to a peaceful resolution.”

The governor told President Trump on Wednesday that Texas law enforcement officers carried out “40,000 apprehensions of people who’ve come across the border illegally, and they have busted 41 stash houses.” On top of that, Texas police have arrested 1,800 migrants for criminal violations of state law.